Yesterday, Mr. Ai informed us that the best way to go to Langzhong was to catch the direct bus from Leshan. So this morning we got up at 0630, had breakfast with some tourist from Shandong and Jiangsu Provinces and walked to the tourist bus station just a block or so away from the hotel. We caught the 0730 bus to Leshan and ended up taking a 0930 bus to Langzhong. It was a little over five hours before we ended up having to pay an additional 50 Yuan since we had only purchased tickets to Nanchong. The scenery was very much similar to that part of Sichuan with rolling hills, green trees and nondescript towns and villages. After several stops along the way, we arrived in Langzhong around 1730 and caught a couple of taxis to the ancient town, paying 10 Yuan for each taxi.

The ancient town of Langzhong was as good or even better than expected. We found a small courtyard house hotel not far from the entrance for only 80 Yuan a night and signed up for two nights. The courtyard was small but authentically Qing Dynasty. Since it was fairly late in the afternoon, we checked in quickly and went out to explore Langzhong in the evening.

Awaiting our bus at the Leshan Bus Terminal, this huge map of the bus routes hung on the wall. We thought we had to go to Chengdu to get to Langzhong but, sure enough, Langzhong is on the map. 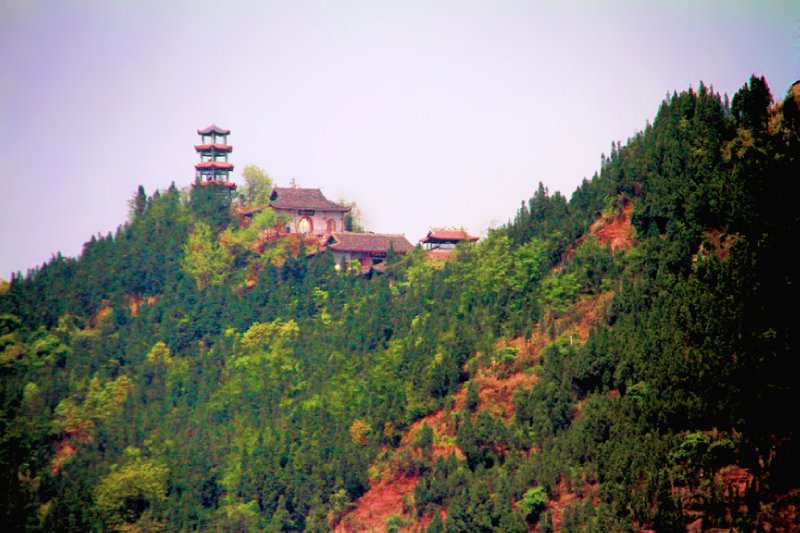 We stopped about three or so hours into our bus trip for a quick break. I took this picture of the temple and pagoda across the street from the rest stop. The landscape from Leshan to Langzhong was typical of Sichuan with rolling hills and every inch of dirt covered in planted vegetation. 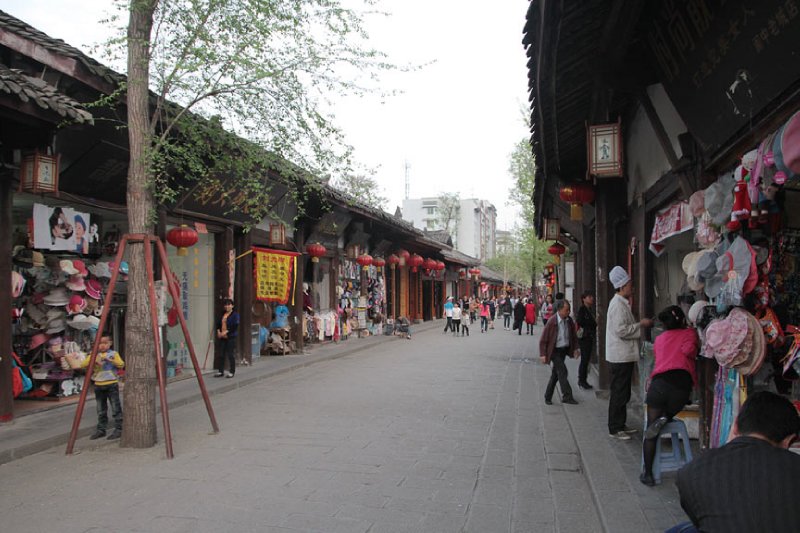 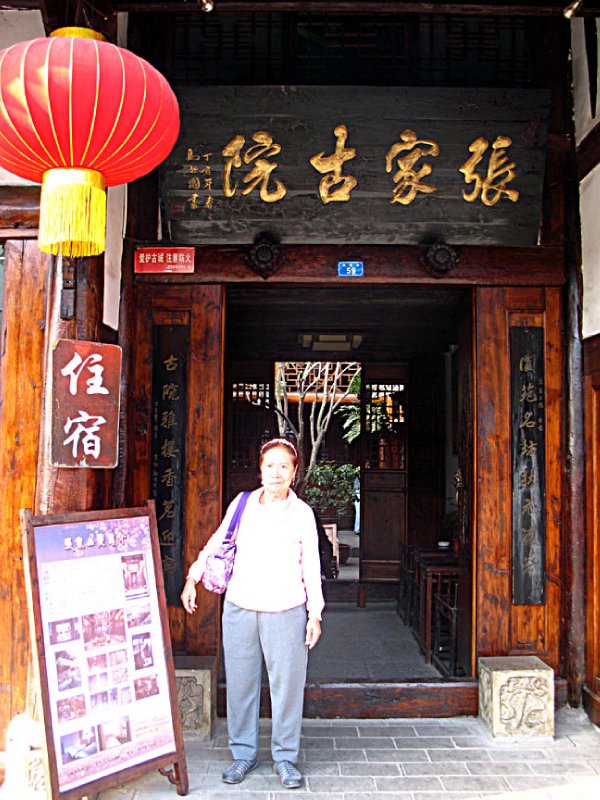 We found this small courtyard hotel just a block or so from the town entrance. Cheap at 80 Yuan a night. Qing Dynasty it said on the sign. 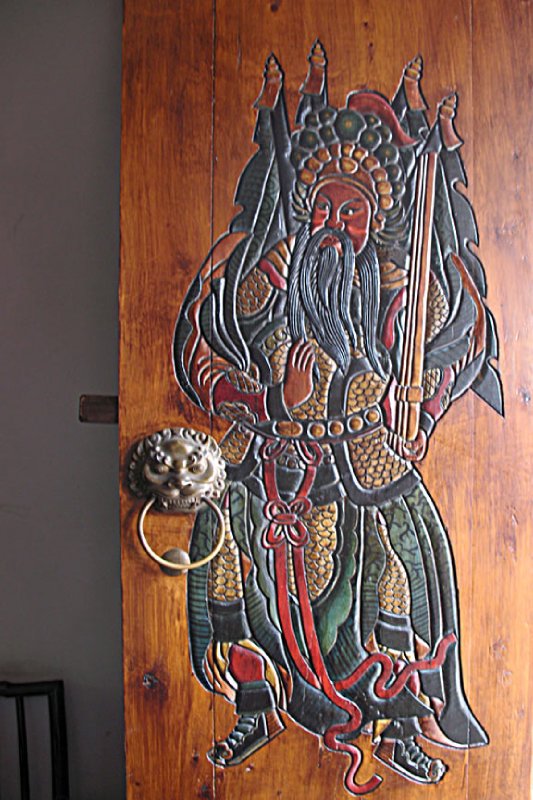 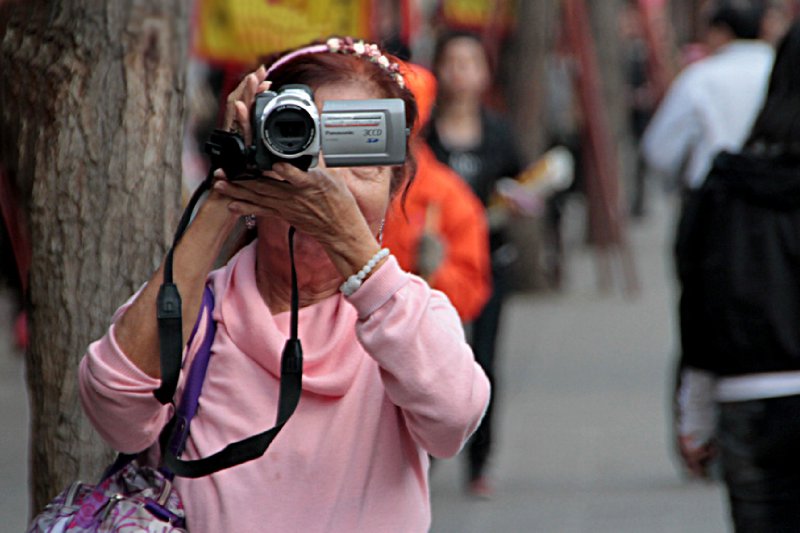 Sunee starts early in her filming of the town. 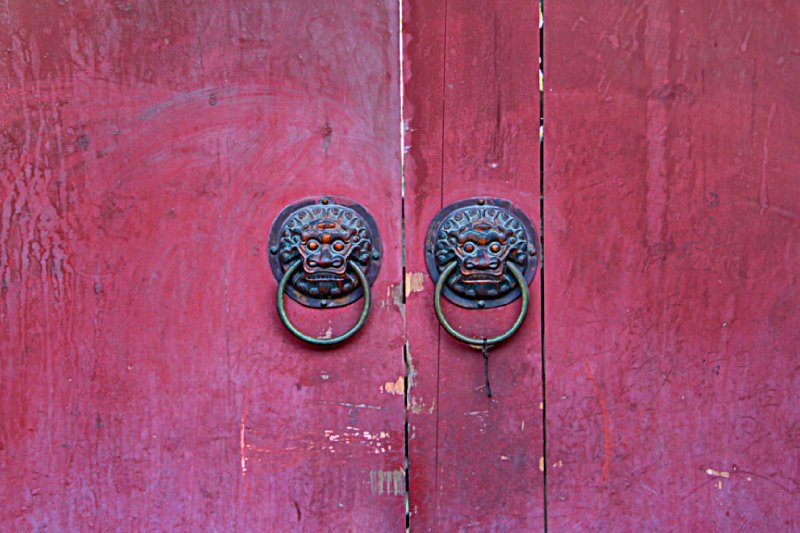 Never pass up a photo of a Chinese door knocker 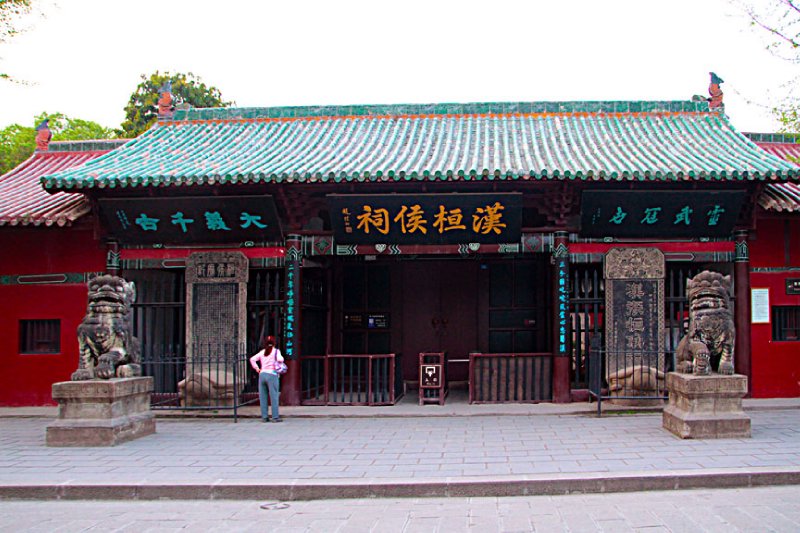 A very nice temple building which had already closed. Figure to visit it tomorrow sometime. 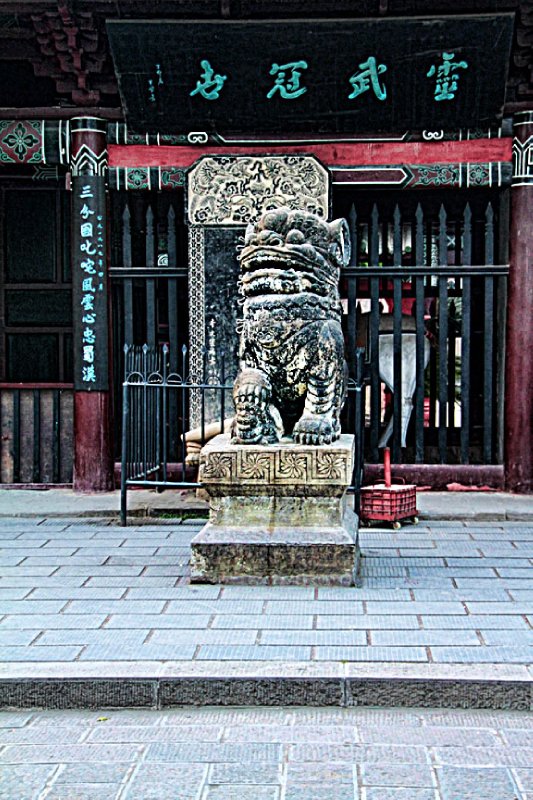 The common guardian of the temple. 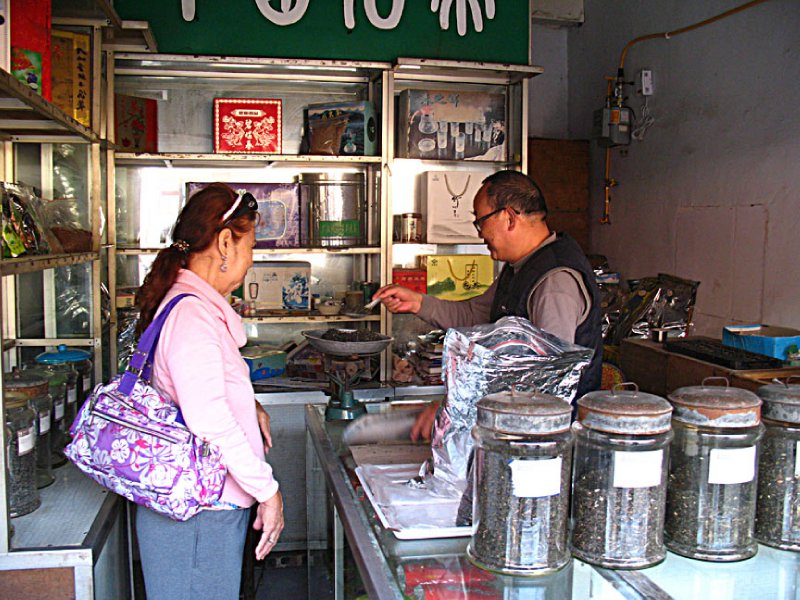 It did not take me long to find the local tea dealer and after a few minutes of negotiating the price of a local tea product, we bought a kilo of locally produced Bi Lo Chuan. 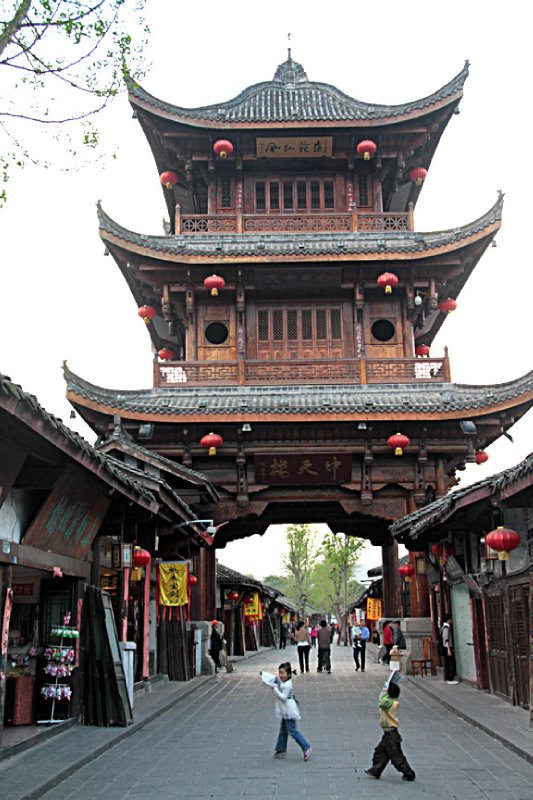 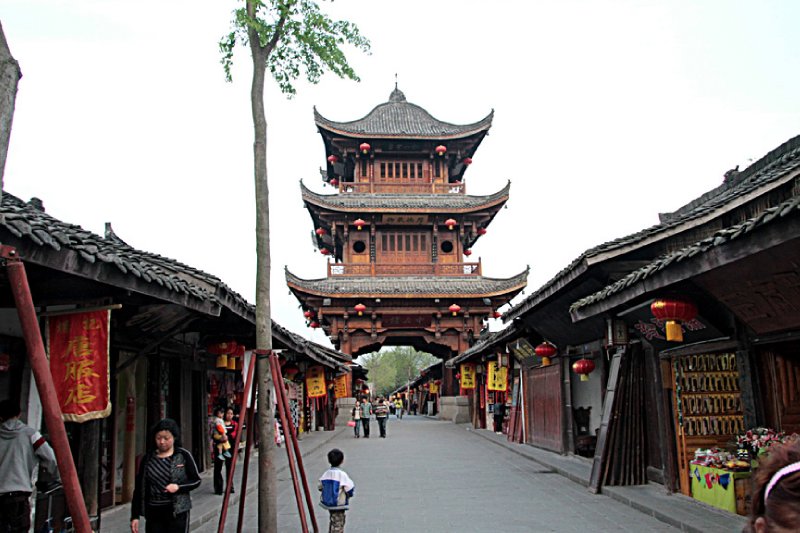 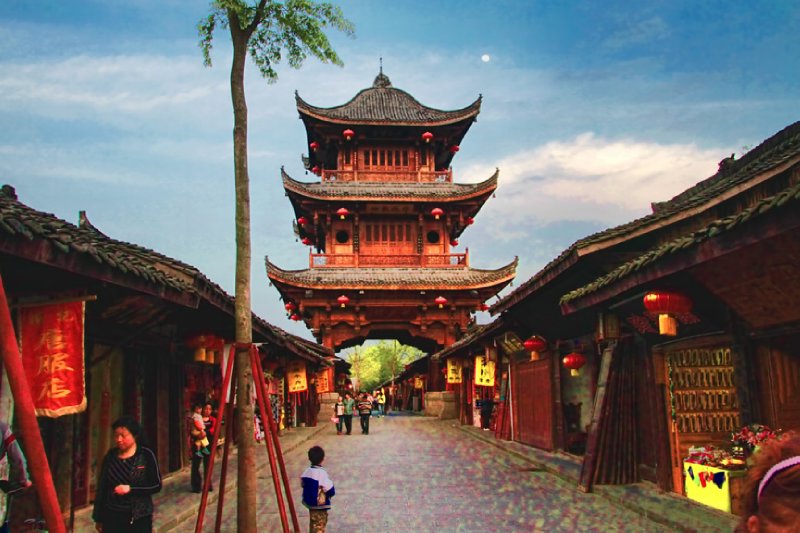 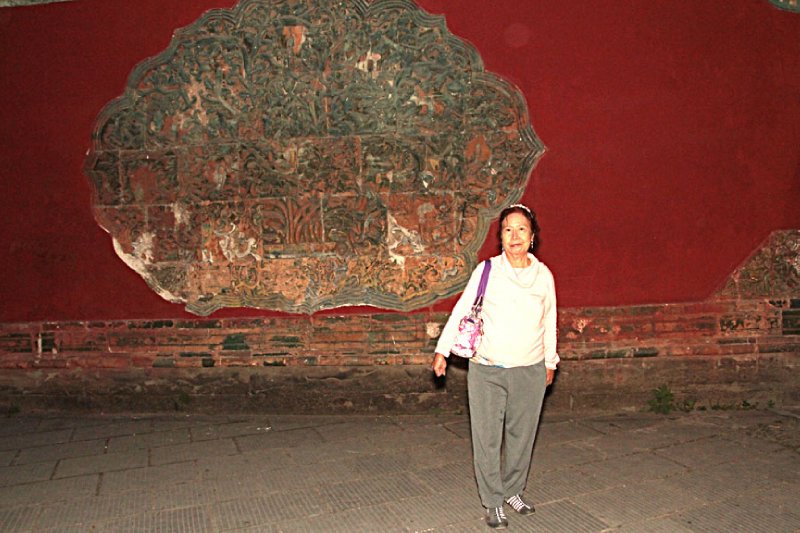 Portrait of Sunee by an old plaque 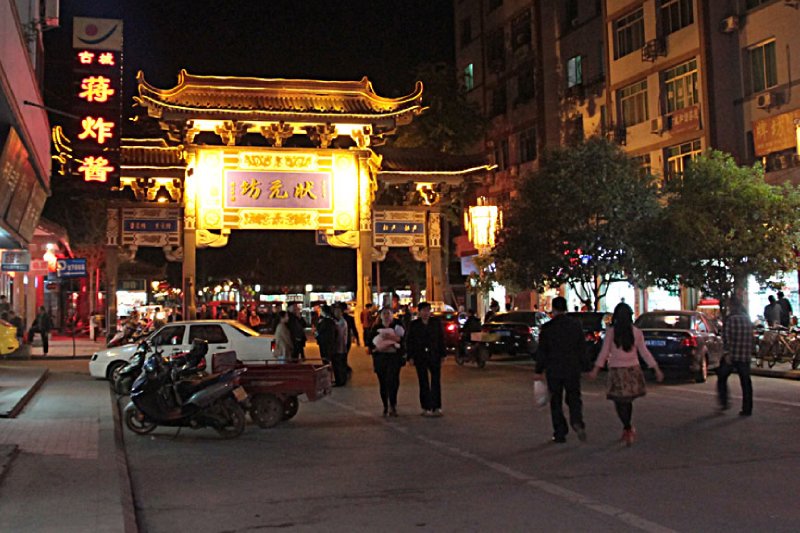 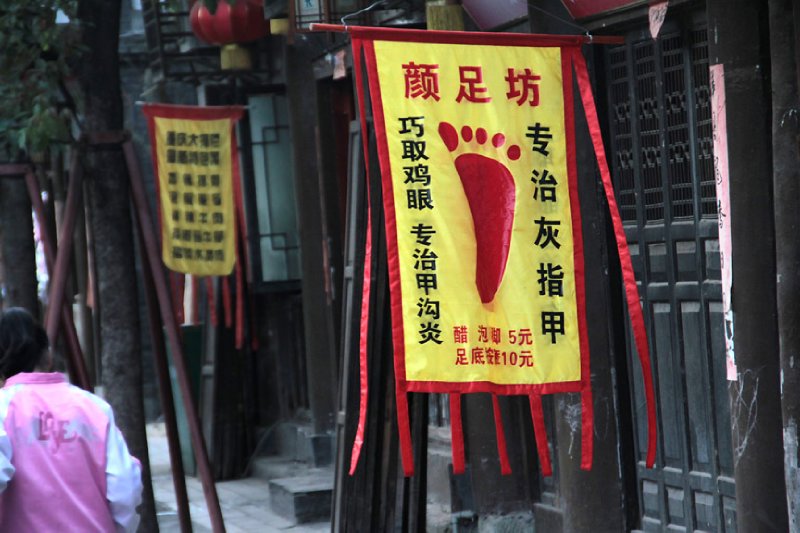 We did not really walk that much but figured a good foot massage would be nice. Turned out to be less than good but inexpensive 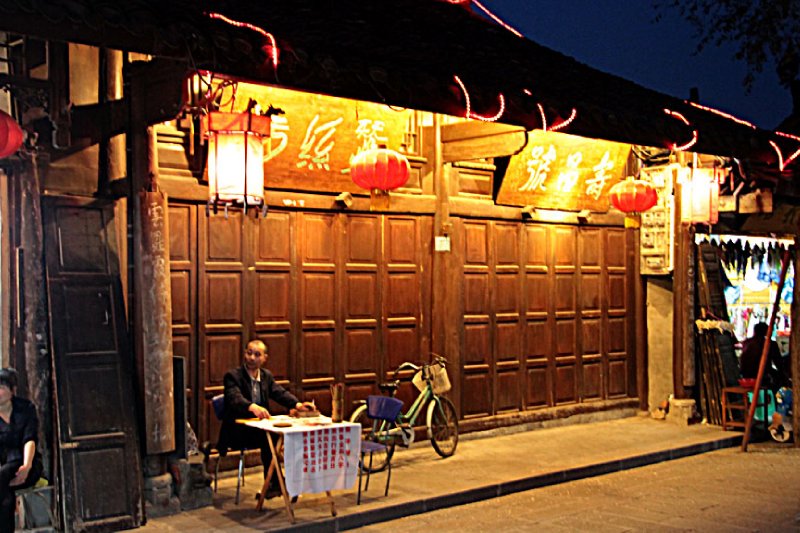 Souvenir chops and other articles of art available everywhere 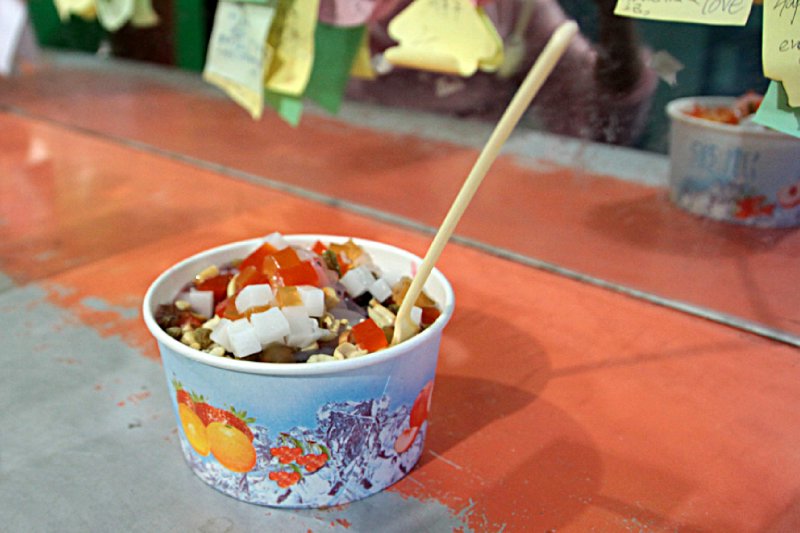 Happy birthday, Cecil! Yes, today is my birthday and at the end of our first exploration, we celebrated it with a shaved ice dessert that is common in Sichuan. The end of one more exciting day in China.

Previous Next Table of contents

This blog requires you to be a logged in member of Travellerspoint to place comments.

If you aren't a member of Travellerspoint yet, you can join for free.